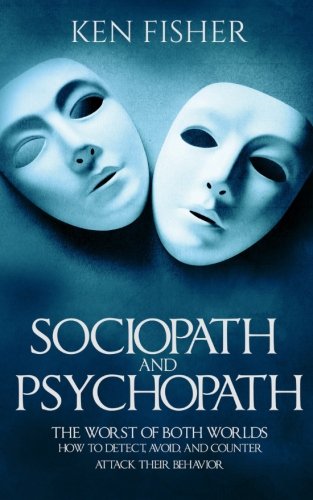 Sociopath and Psychopath: The Worst of both worlds – How to detect, avoid, and counter-attack their behavior How about other friends and associates? Have you been introduced to their family? Perhaps you can’t understand why someone who is so lovely and charming and who you consider to be a wonderful human being, has such few friends. Maybe this is because the ones that came before you have already experienced their other side. If you question this, you will discover that sociopaths are natural liars. You’ll be told how terribly wrong their previous partner treated them, or how their entire family was taken out in a single tragic accident, and that’s why they are alone. There are ways to independently investigate such grandiose claims. If you’re suspicious, do not take anything at face value. Along with a similar line, watch out for anyone who tries to isolate you from your own friends and support groups. Sociopaths like to remove you from any other support so that you don’t have the ability to pull back or have someone else removed from such situation, or even point out to you just how strange your new boyfriend is. Despite how glib and charming they may first appear, sociopaths are actually often socially immature when it comes to the core of it. They can be extremely selfish and needy, to the point of obsession. If you’ve confirmed that someone you know is a sociopath, then it’s best to simply avoid that individual as much as possible. If that person is in one of the regular circles you travel daily, for example, a co-worker or friends with your other friends, then it may not be possible to avoid them completely. However, this does not mean that you should display hostility towards such an individual when you do have to deal with them or more-so, tell them that you think they are a sociopath. This can actually put you in a dangerous position, and make the sociopath even more determined to ‘win’ you over because this is instant gratification for him. Simply divert the discussion where possible, or refuse to engage beyond simple replies to direct questions only.